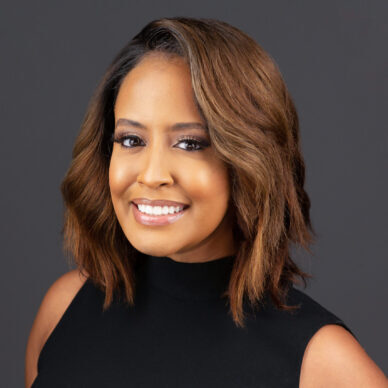 As Lionsgate’s Senior Vice President of Business & Legal Affairs and the Company’s lead employment counsel, Rahwa works closely with Lionsgate senior management, the Company’s Human Resources team, its various film & television productions, and employees at all levels to address the Company’s day-to-day employment needs, support its M&A and other strategic growth initiatives around the world, and ensure compliance with its commitment to a diverse, inclusive, and respectful work environment.

Rahwa provided employment legal support for Lionsgate’s May 2018 investment in and partnership with 3 Arts Entertainment, the first-ever collaboration between a major Hollywood studio and a leading talent management and production company. During the year she also helped facilitate the continuing integration of the Good Universe production and distribution company into Lionsgate’s Motion Picture Group and is a key executive in the ongoing integration of Lionsgate and Starz following the biggest acquisition in the Company’s history.

She has also helped direct legal and employment matters related to Lionsgate’s recent launch of offices in Mumbai, India, Beijing, China, and Toronto, Canada, as the Company continues to globalize its operations. In addition, she provides legal support and employment counsel to Lionsgate’s numerous film & television productions, joint ventures and SVOD platforms.

As employment counsel, Rahwa has played a prominent role in developing and overseeing the implementation of practices and policies that create a safe, tolerant, diverse and inclusive work environment for Lionsgate employees.

A graduate of The University of Michigan—Ann Arbor with a B.A. degree in History in 2005 and a J.D. degree recipient from the University of Chicago Law School in 2009, Rahwa began her career as an employment litigator at the law firm of Baker McKenzie in Chicago. She joined Lionsgate in 2014.